Each of the modules below lets students experiment with a variety of mathematical models for planetary structure, heat flow and rotation among other modeled properties.

Interaction with the modules is entirely open-ended. Students may explore what happens when the values of specific variables are changed in the various embedded mathematical models. A common feature is to interactively 'fit' real-world data with a linear equation, where sliders control the slope and intercept values.

The following modules were built using Blabr. Blabr makes it easy for you to create your own interactive computation/graphics in a web page.

Basic Properties of Mars as a Planetary Body 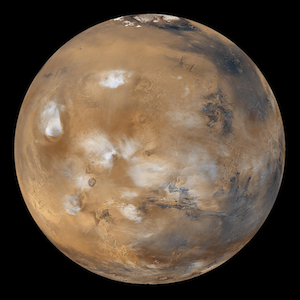 Mars is actually a very simple body. It is round, it spins, and it has mass. Although we can't visit the interior of Mars, or any other planet for that matter, there are ways that we can explore a planet's interior just by knowing a few basic things about it as a planet. In this lab, you will create a model of the interior of Mars by knowing three basic things about its bulk properties.

Exploring the Interior of Pluto 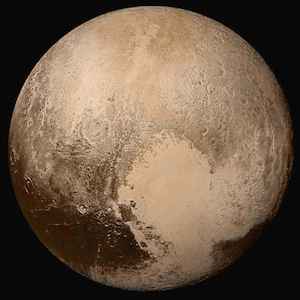 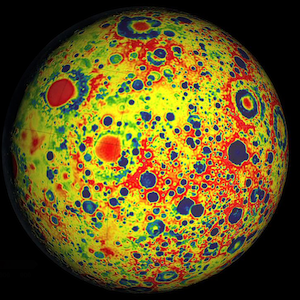 The interior of planets and most large moons is hotter than the surface, because the energy of formation of these bodies, plus any radioactive decays among trapped minerals, causes the interiors to heat up. Rock, meanwhile, is a very good insulator, so the internal heat of a planet or moon takes a long time to reach the surface. On Earth, geologists measure the 'geothermal gradient' at the surface, which is a measure of how hot Earth is as you travel closer to the core from the surface. They also can measure how much of the internal heat is leaking out from the interior at the surface, which is usually measured in milliwatts per square meter.

The following modules were built using Puzlet. Puzlet is a set of software libraries for scientific computing in web pages. (Blabr is a web app built on the Puzlet foundation.)

The Distance between Two Points on Mars 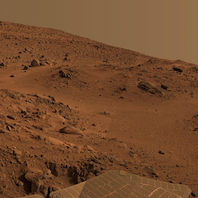 The InSight seismometer will detect the arrival of marsquake or meteor impact seismic waves. These waves, like the ripples of water from a stone dropped in a pond, travel on the surface of Mars. There are two waves that travel around Mars called Rayleigh 1 and Rayleigh 2. The R1 wave arrives first, and the R2 wave travels a longer distance and arrives next. These waves can also continue to travel around Mars back to the seismometer and are then called R3 and R4.

This program calculates how long these Rayleigh waves take to reach the InSight seismometer.

Exploring Seismic Travel Times and Speeds in a Layered Medium 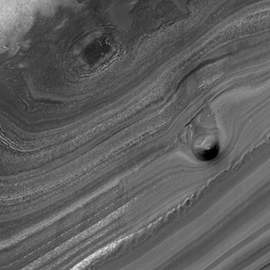 Seismic pressure waves or 'P-waves' are expansions and contractions of a medium similar to sound waves. As the density of a rock layer changes, the speed of these P-waves also changes. This calculator lets you simulate a stack of four different rock types and calculate the speed and travel times of P-waves. 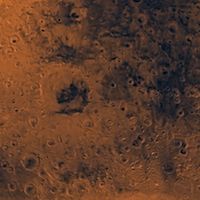 Mars is pelted by thousands of meteors every year; some of these are large enough to leave craters. With a thin atmosphere and close proximity to the Asteroid Belt, the scars of these large impacts remain on the surface for billions of years. Scientists can predict from the energy of the impact the size of the crater that will result. A simple seismic model of the surface of Mars can also predict how much vertical shaking will occur far from the impact. This program lets you adjust the properties of the impactor and its distance from a seismic station to calculate the vertical shaking.

Exploring Heat Flow and Temperature Differences in the Martian Crust 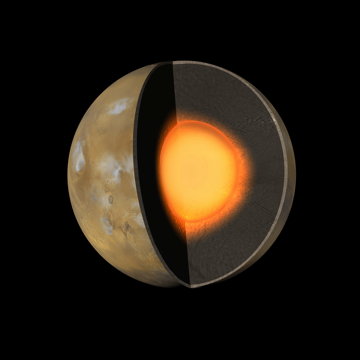 In the winter, you heat the inside of your home to a comfortable temperature. To make sure that this heat stays inside your home you add insulation to your walls and attic. The inside of Mars is very warm, just like the core of our planet Earth. This heat travels through the planet and escapes through its surface. The rock and surface material of Mars acts like the insulation in the attic of a house. Heat energy escaping the planet's surface, called the heat flux. The change in temperature with depth can be used to figure out what kind of material is in the surface of Mars. This lab lets you adjust the heat flow and type of surface material to predict how the surface temperature changes with depth.

Developed by Martin Clark and Gary Ballantyne (Haulashore Limited) as part of the Puzlet project. Follow us on Twitter.